In Adventure Story, Action Commands are additional timed inputs that when successful, will benefit the player in some way. When Action Commands for skills are succeeded, it usually increases the

Damage dealt and while being attacked, succeeding the input mitigates

Damage received entirely or partially depending on the maneuver used. 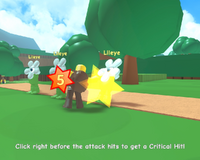 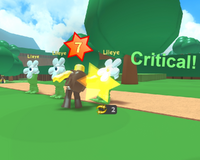 'Critical!' Hits (formerly called Excellent Hits pre v1.2.43) are executed when the player uses a skill. A 'Critical!' Hit occurs by clicking within a limited time window, and when successful, will increase the effectiveness of the skill. The

Damage displayed to the right of a skill during selection shows its 'Critical Hit!'

Damage contributes to the progress of 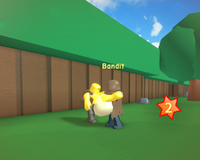 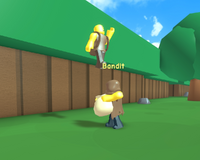 Dodging can be performed once an enemy starts attacking and sometimes ineffective against certain enemy attacks. A dodge can be executed by jumping right before the enemy hits you and when successful, the player will fully evade the effects of the attack.

Dodging contributes to the progress of dodging related badges. 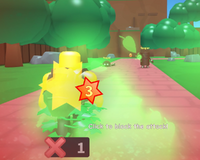 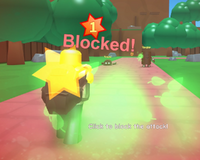 Added in v1.2.38, Blocking is an alternative Action Command that can be executed just as the enemy is about to deal

Damage. Unlike dodging, it is universally effective against any enemy attack. A Block can be done by clicking right before the enemy hits you and when successful, will half the

Stuck statuses on the player. The Blocking is active 1/6th of a second.

Blocking contributes to the progress of blocking related badges.

Community content is available under CC-BY-SA unless otherwise noted.
Advertisement