There are many NPCS in the game. Some give you quests, while others are just to talk to. Here are some of the important ones throughout the game:

You start out the game with 6 HP and 1 SP, what used to be 10 HP and 1 SP. Every time you level up by gaining EXP and fighting monsters, you can choose if you want to upgrade your HP by 2, or your SP by 1. Currently, the max level in the game is Level 15. The max HP possible is 34, and the max SP possible is 15. These stats can be reset with a stat apple, an item that was originally rewarded to veteran players of the game to change their stats after the stat overhaul. It can now be bought from Rover at the entrance to the Overgrown Grotto.

Many players recommend that you get your HP to 24-30, and your SP to 3-5. This is because you gain 1 SP after every turn you don't use SP, and the max SP

you'll probably have to use for a move is 3-4 SP. Therefore you need some SP to use your powerful moves, but not too much, otherwise you will have low HP and most likely die to the stronger enemies.

Your player starts out with Punch, a 0 SP move. However your player can get stronger moves from several ways. The 1st and most easiest way is by leveling up, getting tokens, and then heading over to Frogidi's fortunes. Then, Frogidi will charge you 10 tokens and give you a new skill. If you have all the skills from him, instead you will get a color variant of one of your already existing skills. You can also get tokens by completing achievements. The second way of getting new moves is by getting enemy cards. For example, if you have 5 Bandit Cards, you can upgrade to an Elite Bandit Card and get the move Steal. Then, if you get 5 Elite Cards, you can upgrade to a Super Card. Which gives you a Stunning version of that skill. The Stunning skills usually costs more SP, but deal more damage or do additional effects. Cards will not always drop from enemies though, infact they are pretty rare, especially while fighting bosses.

You can also team up with other players to fight with them. When you get in a battle, all you have to do is change your join settings to friends or everyone, and up to 4 people can help you battle. This means you can also give your teammates items to support them. Additionaly, there are a few moves that can summon NPC allies to help you in battle, specifically Call Abby, Summon Tangler, and Summon Snowman. These moves let you summon allies in battle, taking up slots for people to join. They have random attack patterns, but usually have moves that most people favor and want them to use, such as Recovery from Abby, Present Bomb from Snowman, and Wood Thorns from Tangler. The summoning power can give additional health and attack power to allies. Speaking of powers...

There are several play styles in battling, here are a few:

1.) Tank: These people usually focus a lot on HP, so it is hard to take them out in a battle. They still have a bit of SP, however their main priority is stacking up on health and healing their teammates.

2.) The Bruiser: Will focus training a lot on SP, so they can use heavy hitting moves such as Drain, Evil Impact, Stone Arm, Giant Crowbar, and more.

3.) The Summoner: Doesn't rely on teammates, and instead, relies on summoning allies to get support in battle, especially Abby with her recovery move.

4.) The Support: Like the tank, but their main priorities are not HP, but helping everyone on their team by giving them heals, sauces, and other items to help them prevail in battle. This type isn't much of a fighting type. 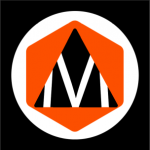