This mysterious, masked figure has been wandering the dungeon for years. It carries a lantern.

The Dweller is a humanoid enemy encountered in the Overgrown Grotto. They are humanoid cave-dwellers that have likely never seen the sun, causing their skin to appear bleached. They carry lanterns around in order to navigate the grotto.

As a Humanoid enemy, the Dweller is capable of using items.

Be wary of their draining and incapacitating attacks as they are capable of dealing significant damage and prolonging the battle. Fortunately, their lack of

Defense makes them highly susceptible to attacks like Barrage.

Dwellers should be taken down as soon as possible, but if they cannot be defeated on the first turn the priority should be to use Shoplift in order to steal their Spectral Soda, preventing them from becoming immune to attacks for the remainder of the battle.

2+ Dwellers can be significantly more challenging, as not only will they be less susceptible to Shoplift, they will have additional items that may end up being stolen instead of the Spectral Soda. 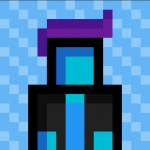 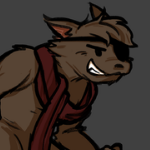 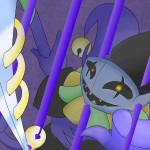