Hooper is a side NPC that resides outside of Frogville, in Mellow Meadows. Hooper is standing near Toadella, another guard. He is right at the border edge of Mellow Meadows, so it can be said that he is in two areas at once. His mayor has hired him to guard the entrance of the town due to the frequent monster attacks in the meadows. Hooper is not required in any way, but can possibly be the first NPC the player speaks to.

Toadella is a side NPC that resides outside of Frogville, in Mellow Meadows. Alongside Hooper, another guard, Toadella is standing near the border of Mellow Meadows, next to the entrance of Frogville. Because of this, it can be said that this NPC is in both areas. With the meadows being too dangerous to traverse, Toadella is guarding the town, though it is a boring task for her.

Initial Prompt (Hooper): "The meadows have been pretty dangerous lately, so Mayor Croakurt hired us to guard the front gate. Those flower things are pretty tough, but two of us is more than enough to deal with them."

Initial Prompt (Toadella): "Guarding the town is pretty boring, but it needs to be done until these monsters are dealt with. People don't even travel through the meadows anymore because it's so dangerous..." 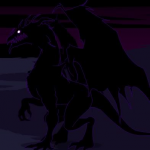 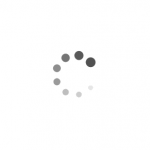