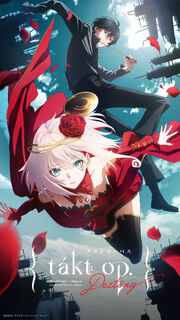 Takt Op. Wiki is an online knowledge-base for Takt op. (タクトオーパス Takuto Opasu), a musical anime and game series of musicarts, girls that can turn music into their power, who may one day restore the world's harmony.